Significant progress has been made in the first half of 2016 on our journey to eliminate waste to landfill.  Zero Waste to Landfill is a goal that is ethical, economical and efficient, and one that McDonald’s distributors continuously strive for in an effort to act responsibly toward the environment in which we live and the communities in which we operate. Single stream recycling, organic recycling, mesophilic digestion, and food donation as prescribed by McDonald’s are just some of the ways we are impacting change in this area. We have collectively recycled 152,980,111 pounds of waste from 2013-2015.

These centers have worked diligently to eliminate and reduce their waste. Waste that cannot be reused or recycled is delivered to a landfill that converts it into methane gas, which is converted into the energy of tomorrow.

What goes into the landfill comes out in a usable form that provides electricity to the region. Harnessing this energy source extends the availability of nonrenewable resources and reduces the amount of greenhouse gasses emitted, benefiting the community and the environment.

The NALC is committed to continuing our efforts to identify every way possible to achieve a more sustainable environment. It’s the right thing to do!

Due to the hauling and manual de-packaging of compromised food product, however, the company had experienced a challenge keeping costs in line with its organic recycling program.

In late 2015, Anderson- DuBose identified a solution when it learned of a mesophilic digester (anaerobic digestion at cooler temperatures) used by a nearby wastewater treatment facility. 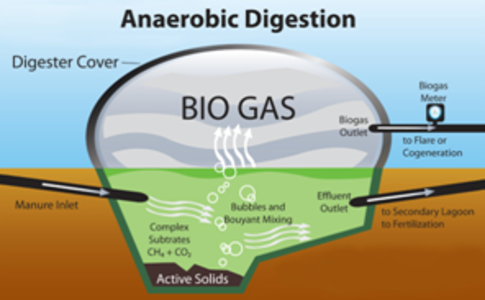 To support its efforts to reach the 100% zero waste to landfill goal at both of its distribution centers, The Anderson-DuBose Company has had single-stream recycling and organic recycling in place since 2013.